I wanna share a VERY interesting and enlightening video by Nouman Ali Khan. I got this video last year actually, but I always forgot to share this in my blog! I love his speech and da'wah. He delivers his messages and points in a way that is easy to understand and most importantly: not boring and monotone. He also gives many interesting examples and arguments along the way.

Anyway, in this video he tried to point out the importance of learning Arabic for comprehension of the Qur'an. One thing that makes a big difference between the people who can understand the Qur'an (as they read) and the people who read the Qur'an and then find the translation of it is that the latter can hardly feel the miracle of the words of Allah SWT. Nouman Ali Khan gave a number of examples with regards to this, so it's better for you to watch it 🙂 .

He also said that Arabic language has a different level of sensitivity and clarity than any other languages. It's so deep. According to my sister, it's still hard to really understand and grasp the true meaning of each verse (of the Qur'an), although she's an Arabic native speaker herself. And also the fact that a single word in English can be expressed in numerous words in Arabic. For example, the word "human being" in the Qur'an can be said in 6 different words. Why does Allah SWT. chose different words for this? Does it mean something different? 🙂 Again, just watch the video!

I always envy to those Imaams of the mosque in Saudi Arabia. When they recite some verses of the Qur'an, they understand what those verses mean, so they can feel the connection. They can feel the miracle of the Qur'an, the powerful words of Allah SWT. Just try to listen to one of the Imaams of the Masjidil Haram (for example Imaam Sudais) and you'll know what I'm talking about. I remember when I was praying a Taraweeh (and Imaam Sudais led the prayer), he broke into tears as he recited some verses of the Qur'an and I kept on wondering what on earth those verses mean that made him cry?!?! I really wished I could understand them! The point is that, wouldn't it be nice if we can understand the verses being recited during our prayer, instead of just yawning and thinking about other things?

One remark by Nouman Ali Khan that struck me was the story of Ibn Abbas who described about what the people (Bani Israel) did with their Book (Taurat). These people didn't know about their Book (and they thought they knew it) and they did nothing but making assumptions. The only thing they did was reciting and memorizing it without understanding its meaning. This was what Ibn Abbas described about the Bani Israel. Don't you think it's happening to our religion now? It's frightening. Truly frightening.

Honestly, I myself is still struggling with this. But I am writing this post to make a reminder for myself and to all of you my Muslim readers to spend some time to gain our knowledge on the Qur'an. If you've only been reading it, then start reading its translation/tafseer to really understand it. And if you have done both of them, perhaps you can start learning Arabic? 🙂 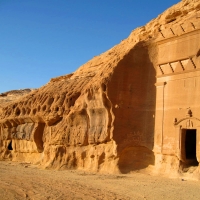 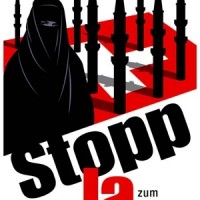