My Useless Opinion about Minaret Banning

So, the decision is final. The Swiss people don't want the minarets anymore. It was shocking, concerning that there are only a total of 4 minarets in the country. I wonder why do they even care about such thing? Why and how did this issue come out and be voted in the first place? I mean, it's only a minaret, for God sake! I saw the interview on Al Jazeera about this and the reasons that the government provided on why they wanted to ban the minarets do not make any freakin sense. They said about the extremists that keep on sending or receiving money to and from Saudi Arabia… aka the "political" part of Islam (what?). They also said that minarets are symbols of a desired power. Oh, get a break! If you are so scared of these extremists, then ban them! And seriously, what kind of desired power are they talking about? The increasing number of people who convert to Islam? In my opinion, the banning of minarets does not make any difference in terms of the number of extremists that exist or whether our so called power decreases or increases. I fully respect the Swiss decision, but so far I can't get a clear reason that makes sense to me. And I'm offended by how they campaigned the minaret banning by advertising this picture:

Why, burka, I wonder!!! I don't wear burka or niqab or anything that covers my face. My friends don't. Only those friends in Saudi Arabia do, but as soon as they get out of the country, they don't wear it anymore. That picture certainly makes a clear point: all Moslem women wear burka. When in fact, most of them don't! It's sickening.

Islamophobia in Europe is increasing, thanks to the generalization made by the media, to people who keep passing on the wrong messages of Islam, and to some people who keep on branding themselves Islam when the fact is that they know nothing about Islam! Our religion is complex (seriously all religions are!). Qur'an is very hard to interpret. You can't just take one verse of the Qur'an and take it to justify something! You have to look into many other verses. Even many words in the Qur'an have different interpretations. It's so complex. It takes YEAAAARS to study our religion and understand it, so you can't just make conclusions based on what you see on the media or find on the internet!

It seems to me that people are trying to find and make any reasons until they ban our religion all together. Headscarf has been banned. Minaret has been banned and will probably be banned in other countries, including the Netherlands. What else will they ban, seriously? I am expecting more bans in the future.

I'm sad. I'm frightened. I'm tired. I'm exhausted. I'm broken hearted. As I said, it's not so much about the minaret banning. It's the attitude behind it. The reasons behind it. The intention behind it. It won't affect me, you know. I'm not planning to live here for so long. I'll leave Europe sooner or later. But my mind goes to those people who live here and embrace Islam. If the world continues to see Islam this way, I'm afraid their freedom of practicing our religion will be completely lost. Allah knows best.

To sum up: we have to respect the Swiss decisions no matter what. Don't do the burning stuff. Don't do the bombing stuff. Or even killing stuff! I'm against all of these. Instead, promote our religion as a peaceful one, break those stereotypes and generalizations that exist, and educate our fellow Muslims. If you want to be respected, do respect others first. 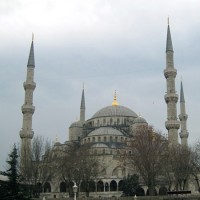 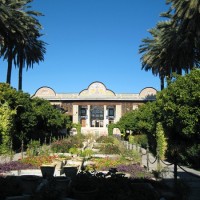 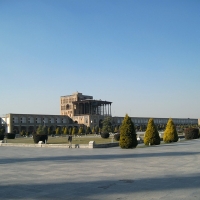