Everything You Need to Know Before Visiting Mt Merapi of Java, Indonesia (including the Lava Tour)

This article is part 2 of 2 in the series Yogyakarta

Mt Merapi. Here I am, standing at your foot, looking at you in awe. A smoke carefully finds its way out of its chamber, while the sun rises over the horizon overlooking the city of Yogyakarta. Mt Merapi may not be the highest mountain on the island of Java, but it is one of the most active and destructive mountains in Indonesia. It is also an important mountain with its own myths that are still ingrained in a day-to-day life of many local Javanese.

If you ever visit Yogyakarta (or Jogjakarta or Jogja), don’t forget to visit this modest-looking mountain. Here’s my full travel reportage of Mt Merapi, including what you need to expect of the Mt Merapi Jeep/Lava Tour.

Mt Merapi is considered a sacred mountain to many Javanese. It lies on a straight imaginary north-south axis line that connects the mountain, the Palace (known locally as Kraton), Tugu Jogja, and the South Sea passing through the famous Malioboro Street. Due to its importance and significance, the colonial Dutch was forced to build a railway in order to “disturb” the line so that the locals would cease from believing this ancient myth. That effort failed miserably, of course, and the locals are still dedicated to their kingdom and beliefs to this day.

The imaginary line has philosophical and mystic meanings behind it. The imaginary line symbolises the harmonious relationship between The Creator (God) and the kings of Jogja, the kings and the citizens, as well as citizens to nature. Merapi symbolises Fire, while Water is represented by the South Sea. Kraton lies between the mountain and sea and it is viewed as an important element which balances Fire and Water, ensuring those elements work together in the end.

Other than its sacred status, Mt Merapi is also considered as the protector of local Jogjakartans. They believe that it is because of the grandeur and the spirits of this mountain that they are able to live their life harmoniously despite the changing customs and technological advances. Various ceremonies are held every year to appease the spirits of Merapi and to prevent destructions among the villagers who live around the mountain.

Such belief may be the reason why many locals did not want to evacuate when the evacuation orders were issued by the government during the 2010 eruptions. There is an emotional attachment between the locals and this mountain, coupled with beliefs that the spirits of Merapi would eventually provide them with clear signs to evacuate if the eruptions would endanger their lives.

Mt Merapi immediately brought me back to the year 2010. That particular day is still fresh in my mind. I was in the Netherlands when I heard the news of the triple natural disasters that occurred in my country on that fateful October 2010.

The triple natural disasters started with flash floods and landslides which destroyed a small town of Wasior in West Papua and left hundreds dead and thousands displaced. It was then followed by a 7.7 -magnitude earthquake which struck off the southwestern coast of Mentawai Islands in Sumatra. Within 24 hours after the Mentawai earthquake struck the surfing paradise, Mt Merapi began to erupt, which caught everyone by surprise. The eruptions claimed the lives of 353 people and caused more than 400,000 people displaced.

One of the most famous victims was none other than Mbah Maridjan, who was the spiritual guardian or the gatekeeper of Mt Merapi. He was appointed by the Sultan (king) of Yogyakarta and was responsible for holding ceremonies for the spirits of the sacred mountain. Before the eruptions, he was urged by the Sultan to evacuate, but he refused as he believed his job was to protect the mountain and prevent it from spewing dangerous lava. His son continued his legacy and took the honourable job as the Merapi gatekeeper upon his death.

Seven years later, I am standing here on top of the slope where the mountain’s lava flew down. I felt a sudden surreal and emotional feeling to be here, remembering the victims, villages, and animals affected by this disaster. The eruptions were said to be the biggest one in a century. Even the emergency underground bunker was not able to protect the two men trapped in the man-made bunker, due to the extremely hot volcanic gases.  Following the eruptions, the safe zone was extended up to the radius of 20 kilometres away from Merapi’s peak and the existing villages wiped out by the eruptions cannot be rebuilt due to this extension.

The best way to enjoy Merapi is to hop on its Jeep tour. The tour covers several activities, including visiting some sites surrounding the mountain. The cost of this tour is Rp. 450,000 per jeep for 3 people. The contact person/driver of the jeep tour can be found below. I would recommend Pak Yudi as he is a fun and funny guy! He will make sure you enjoy the tour and never ask you to leave until you say so.

If you already have a driver to take you around Yogyakarta, then usually he/she could arrange the jeep tour on your behalf. It takes about an hour drive to go from the city centre of Jogja to the Sleman district, the nearest village to the mountain.

Here is the list of 4 places you would normally visit during your Mt Merapi jeep tour.

Our tour starts early in the morning at 4 AM. From the city of Yogyakarta, we went to the village of Sleman, about one hour away from the centre, where we met our jeep driver, Pak Yudi.

The first stop of the tour is watching the sunrise at the base of Mt Merapi. It is located near the underground bunker, with the beautiful panorama view of Yogyakarta.

The sun itself does not rise behind the mountain, as I previously expected. Instead, the sun rises from the eastern side of Merapi. It was a mediocre sunrise so it’s not something you really need to see. The later you go to the base camp, the fewer people will be there. Going there after the sunrise is good enough (around 6.30 am), but don’t wait until midday as it gets extremely hot!

Nevertheless, we were lucky to have Pak Yudi as our jeep driver. He is funny and very creative when it comes to taking pictures. Here are some of the pictures taken by him:

He also stopped at a location nearby the base camp where we could take pictures with the Jeep and Merapi background.

Besides the base camp, we also went to visit an abandoned house-turned-into museum, called Mt Merapi Museum. This museum is quite unique as it shows the aftermath of the eruptions in 2010 which killed 353 people. Among the things that are exhibit here are remnants of animal bones, household and kitchen appliances, vehicles, and bicycles. The hot volcanic gas destroyed and melted everything in its path, including mirrors and metals. This house is the testament of how destructive the 2010 eruptions were.

Towards the end of the jeep tour, we visited a site where a huge rock from the 2010 Merapi eruption resides. The giant rock is called “Batu Alien”, which is literally Alien Rock. It becomes famous as the rock resembles a human face. It wasn’t so fascinating to me, but since it was free (included in the tour), we decided to check it out.

From here, you will be able to take a decent picture of Merapi.

Before concluding the tour, our jeep driver Pak Yudi brought us to see Kali Kuning, which is a river that flows from Mt Merapi. If you feel rather adventurous, the jeep driver will ride through the small section of the river to get you and your friends wet! Of course, this activity is optional 🙂 . We did it during our trip and we took shower afterwards at a guest house owned by our guide/driver with no extra costs.

Click on the image below to pin this blog. 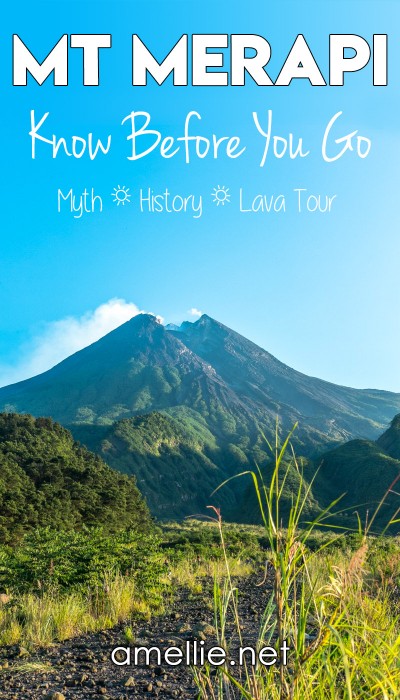 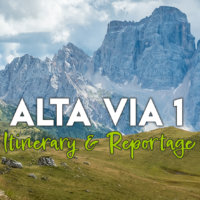