I have always been very ignorant about the Palestinian and Israeli conflicts. I've kept my ears and eyes shut when it came to these issues. The problems that the two nations face are too complex involving years of pain, revenge, and anger, and a number of political parties, foreign countries, and the civilians. Every time I saw the Palestinians killed by the Israelis, my heart ached. Every time I saw the reports of expansion of settlements by the Israelis, my mind raced. Every time peace talks were done, another events hindered their progress. When I was born, the two nations were already in conflicts. Will I see the two nations in the same condition with no improvements when I die??

When I worked at the Book Festival here in Eindhoven, I met a Palestinian colleague who came from Belgium. I asked him, "are you a Belgian, then?" He answered, "No, I'm not Belgian. I'm a Palestinian and I'm always going to be a Palestinian. My heart is always for the Palestine." Then he started to tell me that he couldn't go back to his own country because of Israel. They have taken away his rights and the rights of millions of Palestinians abroad. Isn't it sad?

There are too many injustice when it comes to the conflicts. And I don't think I understand these years of conflicts clearly to be able to give comments about it. But recently I watched the Doha Debates, featuring the then-Deputy Prime Minister Shimon Peres (now the President of Israel) and the senior Hamas official, Dr. Mahmoud Al Azhar. These two top officials were in the show in a separate occasion (for some weird reasons, I couldn't find the video in the website anymore. So those are the ones I found on YouTube). It's really enjoyable to see both of them being attacked and bombarded with questions by BBC host Tim Sebastian. But it really is disturbing to see that both of them have different visions! Shimon Peres keeps saying not to look into the past, but look into the future. While Dr. Mahmoud Al Azhar and many of us never stops looking at the past! Of course, the past has left a great hole in the heart of many Palestinians, but I wonder… when will the Israelis and Palestinians meet when they are looking at two different visions? When will the peace be ever reached?!?!

It's also disturbing to know that Israel doesn't seem to want to stop the illegal settlement activities in Jerusalem. And there are many things that Israel did that Peres kept on denying about. Again, I'm not able to say anything about it coz I know little about this issue. It's even more disturbing to see Dr. Al Azhar pointing at Israel every freakin time the questions directed to him. He kept on blaming everything on the Israel, which made it very hard for the audience, including me, to take this guy seriously. His answers never satisfy me. Seriously. He kept on going around around and around but never actually answered the question. Grr.

Anyway, now I want to share with you another video that is really worth watching! You gotta watch it, I'm serious! This video is a speech by Queen Rania of Jordan giving her & Palestinian perspectives about the conflicts. Not many people know that the Queen is actually a Palestinian. She and her family fled to Kuwait before eventually went to Jordan to settle. I can feel her frustration about this issue, but she never gives up. She has hope that one day the two nations will be in peace. "If we throw up around hands and say ‘this problem is too hard', we're just not only writing off a process, or writing off a road map. We're writing off people's lives."

People should remember that these conflicts do not only involve Palestine and Israel. The Palestinians have their conflicts as well; i.e. between Hamas and Fatah. These two organizations need to settle their differences first and commit to peace for the sake of their own people before they even have talks with the Israelis. Whatever it is, my heart goes to the people of the Palestine 🙁 .

To truly make peace in the Middle East — or anywhere in the world — we all have to learn to think ourselves into other people's places. To put ourselves in other people's shoes. To make room for other people's hopes and fears. For the more we can appreciate one another's perspective, the more dimension and depth we add to our own. — Queen Rania of Jordan

To read the transcript of the speech, click here. 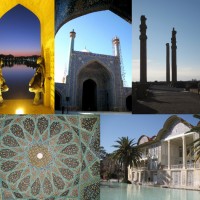