Being an Indonesian, I always have that dilemma to choose between travelling abroad or exploring my own country. Sometimes I ask myself this question: why should I go to other countries when I can find most of the landscapes in Indonesia? Indeed, we almost have everything here! From volcanic mountains, lakes, waterfalls, rivers, sea, beach, diving spots, religious monuments, to diverse cultures. You name it!

In order to remind myself of those breathtaking places that I have yet to visit, I compiled the list of videos about my beautiful country, Indonesia.

To mark our country’s 70th Independence Day, this video was published to showcase a spectacular aerial footage of 70 cities in the Indonesia’s archipelago. One word: jaw-dropping!

This is an epic story-telling video of a man named Kembara, travelling around the Lesser Sunda Islands for 3 months with a motorcycle. While the story is being told, you will be enchanted with the beauty of the less travelled places in Southeastern Indonesia. This is by far my most favourite video about Indonesia! Double thumbs up!

Flores Island has been on my bucket list for a long time. I am mesmerised by its insanely beautiful and majestic mountains/hills and beaches. I am in love with this place before I can even set my foot on it!

A lot of videos found on the internet about Indonesia are mostly taken in Java, Bali and Lombok. But this video is a unique one, as it was taken in Maluku Islands. This guy travelled to Ambon, Banda Islands, Sawai, Ternate and Morotai. They are all breathtakingly gorgeous — which makes me wonder: why am I still stuck here?

Another paradise located in one of the remotest provinces of Indonesia is called Raja Ampat. It has the most diverse marine life in the world and thus, it is known as one of Indonesia’s best diving spots.

A video about a one-month trip to Java, Bali, Lombok and Sumbawa. You can catch a pretty view of Mount Bromo, Ijen Crater, and Mount Rinjani.

Derawan Islands are a popular destination among local Indonesians, located in East Borneo. In this video, you can see a glimpse of Derawan Island, Kakaban Island, and Labuan Cermin Lake.

Wakatobi is another group of islands popular for diving. The name Wakatobi is an acronym of the names of the four main islands: Wangi-wangi Island, Kaledupa, Tomia, and Binongko. This video is only showing you the underwater paradise of Tomia Island

From Paris to Indonesia

A short film of two months journey, travelling around Bali and Lombok

All You Need to Know about the Kei Islands of Maluku 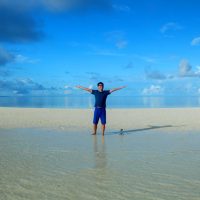 8 Reasons Why You Should Visit Kei Islands of Maluku, Indonesia